Two Big Blondes Plus Size Consignment is one of the country’s longest-lasting and largest plus-size resale stores. This Sunday, March 27, Two Big Blondes will celebrate 25 years of providing clothing and community focused on fat fashion with an anniversary party open to the public. The event, which will last from 12 to 5 p.m., will include door prizes, a digital photo booth, Lindy West’s Oscar gown silent auction, music by DJ Vitamin D, and guest speakers, including Mary Lambert, who will give a mini “Everybody Is a Babe” workshop via Zoom. Details for the event can be found on the Two Big Blondes website.

The oral history around the formation of the store is that a custom clothing line owned by the original two big blondes, Winnie Smith and Judy Pugh, offered flowy, well-made tops that built a following among plus-size customers. They noticed a need for clothes to fit this community and developed an informal clothing exchange that eventually became a retail location on March 27, 1997.

The store has changed a lot over the years. Initially located in Georgetown in 1999, it eventually moved to its current location at the corner of 25th Ave. South and South Jackson Street in Seattle’s Central District. The building is known to locals as the previous home of Frank’s Superette, which occupied the space for three decades. The new location allowed for more room to provide clothing to customers and a place to build community in a neighborhood where that has always been important.

For current owner Lisa Michaud, the purchase of the store 10 years ago from her aunt, Susan Smith, the store’s second owner, was a homecoming. Michaud grew up in the Central District, graduating from Garfield High School. She left the area for a time but began to work at the store after coming back. Her lifetime love of thrifting meant that the environmental aspect of reusing clothes appealed to her, and within weeks, she noticed how the space began to feel like home.

She said, “The neighbors would walk by and say hello; I’ve had a lot of people that I knew from high school come in and we’d be like, ‘Hey, didn’t I go to school with you?’ And so there’s that … feeling of old friends, but then we also have a ton of new people coming in all the time.”

Michaud shares that the store gets customers from all over the city, the state, and even the country. She says that with fat and plus-size fashion, this supportive, celebratory community is thrilled when they walk in the doors of Two Big Blondes. “I’ve had people cry, honestly, when they come in, because they have so much selection. And they’re just overwhelmed by having the choice, and we’re so used to not having that choice.”

Michaud credits the ability to provide that choice — in a shop that’s over 4,000 square feet and carries sizes up to 9X — partly to the building owners. “We have reasonable rent; we have a good relationship. It’s a family that owns it, it’s not a corporation. And that’s what’s disappearing in the Central District that’s part of gentrification. It’s definitely housing, but it’s also businesses,” she said. The family that owns the building has been part of the neighborhood for generations.

Having affordable rent in a location it has been in for decades is one of the ways Two Big Blondes has been able to overcome obstacles throughout the COVID-19 pandemic. While it still lost revenue because people weren’t buying clothes to go to work or travel — things that impact our decisions to acquire new threads — Two Big Blondes has been able to emerge from the pandemic to celebrate its anniversary. Michaud wants the anniversary celebration to be about the fact that its doors are still open — open to an inclusive clientele that on any day may include drag queens shopping next to elderly church ladies shopping next to Gen Zers looking for a vintage find.

The plus-size community spans all ages, gender identities, political affiliations, and races — a genuinely inclusive commonality. Michaud sees herself and her store as a hostess of this community, and she tries to support the community that has given her a home in all her endeavors. In addition to the store, Two Big Blondes also runs the nonprofit Seattle Women’s Assistance Fund, which provides clothing to houseless and low-income women from the donations of unsold items and proceeds from the store’s biannual bag sale.

Over its 25-year history, Two Big Blondes has been a home for fat fashion and inclusivity before those ideas were popular among the mainstream retail world. As a result, the store has grown both in physical space and in the ways it works to be what customers want and need. The store hopes to continue to be a staple in the fat-fashion industry, as a home where clients can bring and find clothes reflective of their style in sizes reflective of their bodies.

Michaud would love to expand the store’s online presence to offer more choices to folks shopping nationwide while still keeping the brick-and-mortar location. She said, “I’ve owned it for nine years now. I feel good about the changes we’ve made, but this community was here before me, and it’s still here, and it’s the customers and the people, and it’s how we treat each other. That is really inspiring. And that’s what got me through COVID when it was so hard and overwhelming. Coming here to work and having people show their compassion and generosity.” And it is that community, compassion, and generosity that will be celebrated at this Sunday’s anniversary party.

Patheresa Wells is a poet, writer, and storyteller who lives in SeaTac, Washington. Born to a Black mother and Persian father, her experiences as a multicultural child shaped her desire to advocate for and amplify her community. She currently attends Highline College in Des Moines. Follow her on Twitter @PatheresaWells. 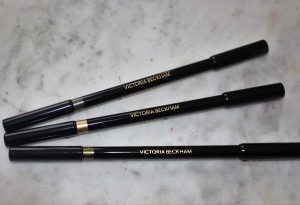