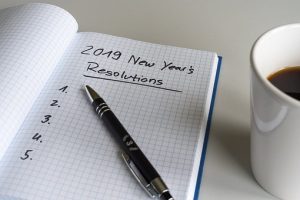 You have taken down the tree, returned the sweater that was the wrong size and colour, and the gingerbread house has made its way to the trash.

Now it is time to think about what is in store for the year ahead and how we can make it better.

Today we are going to look at some of the most common New Year’s resolutions, why people fail miserably at them, and how you can make it through with a successful resolution!

Popular Resolutions for the New Year

ComRes released the results of the most common New Year resolutions in a recent poll and they include:

While it would seem that the vast majority of people are interested in doing something to improve their health, it is possible to improve your financial well-being as well, according to MoneyGuru.com.

There are simple things that can be done to help improve your wellbeing and finances, such as cutting down on indulgences such as that glass of wine with every meal, which can help to save some money.

In addition, you can scrub that gym membership and simply start walking or using the steps to stay healthy and save your money as well.

Why So Many People Fail With Resolutions

Of the 2,000 British people that were surveyed by Bupa, the vast majority that planned to create a resolution had no intention of keeping it or even trying to keep it.

However, there were 52% that were going to try and create smaller resolutions in an effort to reach their overall goals.

In addition, one out of five admitted that they typically commit to resolutions that are not attainable. Woman have been found to create much more realistic goals than men do, while men intend to use some type of technology to help them reach their goals.

How You Can Actually Achieve Your Resolutions for the New Year?

Each year at midnight, people all over the globe, create a resolution; few will ever be able to achieve it.

One of the biggest mistakes that people make is simply setting a goal without any plan behind it; you must know how to obtain that goal.

While you may have a great goal in mind, there needs to be some foundation that it is going to be built upon. Too many people fail because all they do is just create a goal with no further development.

When you form an action plan or a blueprint, you are creating specifics, which are going to allow you to feel much more optimistic about your future and the chance of success.

While you need a starting point such as creating the goal, there must be an endgame in place as well. You need to be able to look at your life and be able to evaluate your specific goals based upon your current situation. By doing so, you will be able to change and alter the course of your actions to allow you to meet the original goal or a specific aspect of it.

Some Goals Will Fail

One of the final things to remember is that even the best thought out plans will fail, regardless of what you do. You need to look at what you did and use this as a learning platform. This is going to allow you to do the process over with the knowledge you now have to ensure that the same mistakes are not made again. By taking the time to follow these simple words of advice, you are giving yourself a better opportunity to meet your goals for 2019 than ever before. Make the best resolutions and try to meet them for an extraordinary new year!