Viewing YouTube on television has more than doubled over the past twelve months with the video streaming platform now wanting to work with the broadcasters instead of being in competition with them.

Any person at YouTube’s Brandcast will have identified a very different feel to this event. In 2017, the event witnessed Google tell their advertisers that if they wanted to reach the 16 to 34-year-old demographic, 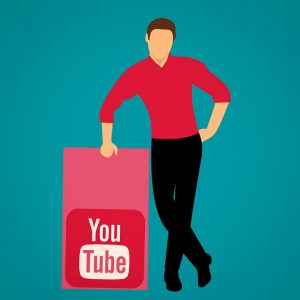 they would be required to give YouTube at least 24 percent of their TV budgets. If you were to fast-forward to this year, YouTube is taking on a more collaborative approach stating that online videos and television should work together to meet each other’s best interests.

According to YouTube, while 73 percent of viewing in the United Kingdom occurs on mobile devices, the fastest-growing screen is television. We can assume that this is coming from a low base; however, the increase in ownership of smart televisions with a growing expectation among consumers to have access to content means YouTube is becoming a steady element in the living room experience. Unsurprisingly, it can be said that this is most prevalent among the millennial generation with YouTube claiming approximately 48 percent of the 16 to 34-year-old demographic watching YouTube on their TV.

According to the president of EMEA business and operations at Google, Matt Brittin, one of the fastest growing screens for viewing YouTube is the large old television screen in a house’s living room. During the event last night, a brand design company informed marketers that the watch time of YouTube on television screens has doubled over the past twelve months.

This change in strategy from the YouTube company has been pending for some time. Earlier in 2018, YouTube partnered with Thinkbox, a television advertising body, to perform some research produced by the IPA. This indicated the increase in the effectiveness of marketing campaigns when YouTube and television operate together.

The research found a 54 percent increase in the approximate number of large business effects, namely the marketing impact on the company’s profitability when combining online video and television. When the television is used independently, the profitability increase drops to 32 percent, and online video exclusive use also sees a drop to 25 percent.

According to the Thinkbox CEO, Lindsey Clay, Thinkbox is delighted that YouTube is recognising the importance of television to its success and the overall success of its advertisers. She states that it should always be about the ‘and’ and never the ‘or’, and this is a very welcome turn of events. Television has an exciting future with evidence indicating that TV advertising is more effective with a large part of the profitability being due to its relationship with the online videos.

YouTube may have discovered that placing itself against television was not beneficial as companies continue to invest in television advertisements, as is seen in the increase of media spent. Working together, YouTube and television can challenge other forms of media – basically, anything that is not a video.

Of course, there are challenges that need to be dealt with, mostly Facebook. The social media platform invested millions to bring its live offering to a 1.7 billion strong audience, and providing this audience with live videos. Nicola Mendelssohn, the head of EMEA, stated that she expects Facebook to be completely ‘video’ within five years.

It is not only YouTube that is more willing to operate with television. Traditional broadcasters are also noting the benefit of having YouTube as part of their content.

Speaking at the Brandcast forum, Cecile Frot-Coutaz, the CEO of Fremantle Media Group, joked that at a single point the company had considered suing YouTube after viewing it as a rival when Susan Boyle discovered stardom via the channel. However, instead of competing, YouTube is now collaborating with Fremantle posting videos of the event contestants and performing live broadcasts to maintain audience attention.

Comedian James Cordon has applied this tool in a similar manner with his ‘Carpool Karaoke’ series widening his audience on YouTube. This has improved his audience for The Late, Late Show, encouraging more people to stay up and watch it in the early hours of the morning.